To coincide with its 40th anniversary, the Sri Lanka Logistics and Freight Forwarders Association (SLFFA), plans to inaugurate the National Logistics Awards. The programme is designed to recognize the best logisticians and related service providers and appreciate their dedicated service to the economy. During the tumultuous year of 2020, the importance and indispensability of the logistics industry was understood across all economies. For years the silent endeavours of logisticians went unnoticed, but with the introduction of NLA, there will be a common platform for all segments within the industry to shine.

NLA’s primary objective is the upliftment of standards and service levels across all logistical service providers by making each market player more accountable. SLFFA also wishes to improve the image, visibility and overall recognition of the industry by positioning logistics to be a more colourful and flamboyant field.

Logistics is mostly a B2B industry, but with the improvements in the field of electronic commerce, logisticians are increasingly starting to liaise with end consumers as well. Through NLA it is anticipated that both types of customers would be provided enhanced levels of service.

The NLA would provide all logisticians a fair and equal opportunity to display their forte and prove their contributions to the industry. This will help those who are top performers to win over the confidence of their customers and encourage others to move in to the top tiers.

By way of NLA, a window would be created for the much due recognition to be granted to the industry and over a period it is expected that more attention would be given by the authorities and regulators as well. 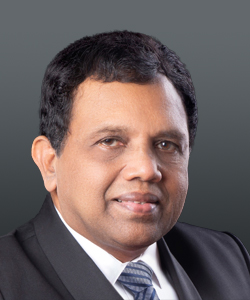 Professor Lalith Edirisinghe, is a Doctor of Transportation planning and Logistics Management. He is a Chartered Marketer and Chartered Logistician. He is an Expert Consultant to the ESCAP of the United Nations. He is Dean of Faculty of Management of CINEC Campus and Head of CINEC Society Linkage Cell, a project of the World Bank. 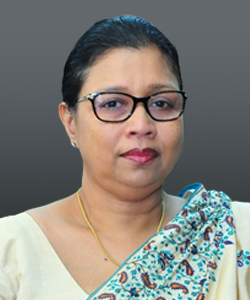 Ms. Dissanayake holds a Bachelor of Arts from the University of Colombo and a Masters degree in Business Administration from the Post Graduate Institute of Management, Sri Jayawardenapura. She also holds a Diploma in Journalism.

As the Director General of the Export Development Board she assists the Chairman in the overall management control and Administration, functions as Board Secretary and represents the board at other Public Institutions. As the Head of the Secretariat Division she is responsible to the Chairman and the Board for planning, coordinating and controlling the functional activities of the Divisions towards achieving the EDB’s objectives. 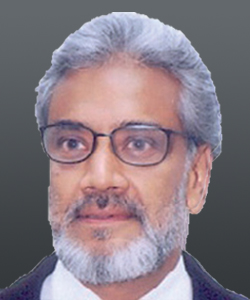 An old boy of Dharmaraja College, Kandy, He sailed and captained several types of sea-going ships such as general cargo, bulk, container, oil and gas tankers belonging to local and international shipping companies.

He held the position of chairman of Ceylon Fishery Harbours Corporation (CFHC) from 2020 till 21st June 2021 when he took office as chairman Sri Lanka Ports Authority.

He rendered his service during the implementation of projects such as the Colombo Port Expansion Project, the Hambantota Port Project,Colombo Port City Project and essential infrastructure Development Project of CFHC. 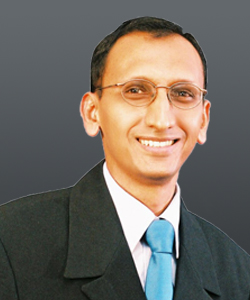 A fellow member of CIMA (UK), ACCA (UK) and CPA (Australia), Mr. Mudalige has over 30 years of experience as a Chartered Accountant along with vast experience as Audit Committee Chair in both public and private sector organizations.

He is a past President of ICASL and has been a member of the Council of ICASL and of the governing board of CIMA UK- Sri Lanka Division, a Commission member of the Securities and Exchange Commission of Sri Lanka and has held several such other positions locally and globally during the span of his career. He was an independent non-executive director of Hatton National Bank PLC from 2012 to 2019 was a Chair and member of several of its board subcommittees during his tenure with HNB. 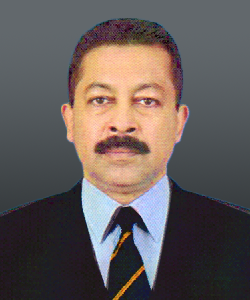 Major General GV Ravipriya WWV RWP ndu IG was enlisted in the Regular Force of the Sri Lanka Army on 08th August 1985 as an Officer Cadet and underwent training in Sri Lanka Military Academy in Diyathalawa.

Having topped his batch and awarded the ‘Sword of Honour’, the highest honour awarded to an Officer Cadet upon completion of the training, he joined the Regiment of Sri Lanka Artillery after passing out from the Military academy.

After Humanitarian Operations, he was appointed as the Defense Attaché in Sri Lankan Embassy in Washington DC - USA in appreciation of his noble service to his motherland. After returning to Sri Lanka, he held appointments in various directorates, such as Director plans, Media, Personal Administration and Director Training at Army Headquarters. Serving as the Commander of the President’s Guard from 2013 to 2015, at the time of his retirement on the 13th January 2020, he held the appointment of Commander Security Forces Kilinochchi.

Board of Investment of Sri Lanka

Prior to being appointed as the Chairman of BOI, Mr. Mohottala functioned as the Director General of BOI. Simultaneously, he serves as a Board Member of Sri Lankan Airlines, EDB and Sahasya. He is also a Member of the Presidential Task Force for Economic Revival & Poverty Eradication.

Mr. Mohottala was the Managing Director and Partner at Boston Consulting Group and was a Brand Manager at Unilever Sri Lanka.

A Fulbright Scholar, Mr. Mohottala received his MBA from the UCLA Anderson School of Management and holds a BSc. in Electronics and Telecommunication Engineering from the University of Moratuwa, Sri Lanka. He is also a Management Accountant (CIMA - UK) and has a Post Graduate Diploma in Marketing from the Chartered Institute of Marketing (CIM – UK). 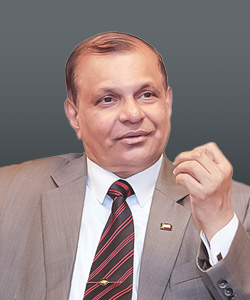 Major General G. A. Chandrasiri currently serves as the Chairman of Airport and Aviation Services (Sri Lanka) (Private) Limited. He served in the capacity of Governor of the Northern Province from 2009 to 2015. During his illustrious military career of 35 years he served as the Commander of the Security Forces Headquarters in Jaffna from 2005 to 2009. He was appointed as the Chief of Staff of the Sri Lanka Army and executed his national duty as the Competent Authority of the Northern Province for the administration of Internally Displaced People in the Northern Province. He is a graduate of the National Defense College, India, and Defense Services Command & Staff College, Bangladesh.

Dr. Namali Sirisoma is a graduate from University of Moratuwa in Civil Engineering. She obtained her PhD in Transportation Engineering from the same university in 2006. She worked as a post-doctoral fellow in the University of Calgary, Canada from 2008 - 2009. She had been the Dean - Faculty of Management, Social Sciences and Humanities in General Sir John Kotelawala Defence University, Ratmalana, and currently holds the position of Director at the Career Guidance Unit. She served as the Vice Chairperson of the Chartered Institute of Logistics and Transport Sri Lanka from 2018 – 2021. 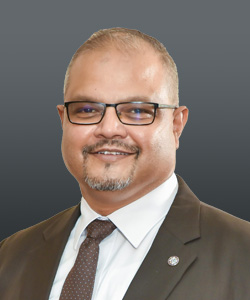 Channaka De Alwis holds a BA in Political Science with a minor in International Studies from Virginia Commonwealth University, USA and an MBA from PIM (Sri.J). He is a Chartered Member of the Chartered Institute of Logistics and Transport (CILT), and the current President of CILT Sri Lanka. An industry veteran with over 26 years of experience at various verticals ranging from Shipping, Freight Forwarding, Warehousing, Container Depot and Haulage, he also serves as the current Vice President of The Association of Container Transporters (ACT). 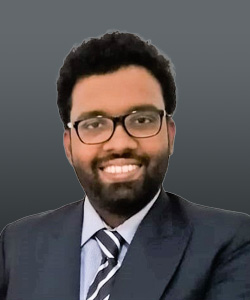 Dr. Amila Thibbotuwawa is a Senior Lecturer at the Department of Transport and Logistics Management, University of Moratuwa in Sri Lanka. Dr. Amila received his MSc in Industrial Engineering from École des Mines de Nantes in France and his PhD in Mechanical & Manufacturing Engineering from Aalborg University, Denmark. He worked on several industrial and research projects in France, Denmark, Poland, Germany and Sri Lanka. His research interests lie in supply chain and logistics optimization and he is a Member of the Institute of Electrical and Electronics Engineers. 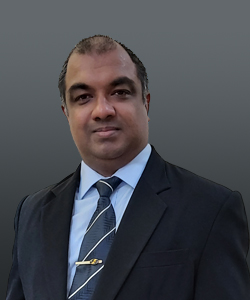 Mr. Suren Abeysekera is a logistics and supply chain professional with 20 + years' experience managing diverse logistics functions. He currently manages logistics of South Asia region for the world-renowned women's lingerie brand 'Victoria's Secret'. Prior to VS, he gathered extensive experience in freight consolidation, forwarding and NVOCC operations at APLL and EI.